Dandelions
Independent Publishing with Passion and Purpose                    [email protected]
View cart “Bedtime, Daddy!” has been added to your cart.

This heart-warming picture book explores the bond between a father and his daughter. One day, a little girl notices her father mowing the lawn — in the process destroying her favourite flowers: the dandelions. She rushes out to stop him, but she’s too late, they’re all gone. There’s nothing for it: she’s just going to have to sit outside and wait until they grow back! But fortunately, Dad has another idea.
&nsbp;
Exquisite watercolour illustrations combine with lyrical text to create a story that’s perfect for readers aged 4–8. This book will be cherished by families and recommended by teachers and librarians, exploring as it does the resilience of nature, the art of forgiveness, and the unique love between a parent and child.
&nsbp;
SPECIFICATIONS: Paperback | 245 x 255 mm / 9 ½ x 10 Inches | Colour | 32 Pages |

Katrina McKelvey is a children’s author, mother of two, and a former primary school teacher. Her first picture book, Dandelions, was released in 2015. There will be more picture books appearing in 2019 and 2020 titled, No Baths Week, Up To Something, Chasing Rainbows, and Isla’s Family Tree. Katrina loves doing school presentations, hosting children’s literature events, attending festivals and discovering stories in her imagination. At other times she can be found on most social media platforms – just ask Google! Katrina is a past president of the Children’s Book Council of Australia NSW Branch Inc. Newcastle Sub-branch, is an advisor for the Schools Program of the Newcastle Writers Festival, a Books In Homes Volunteer Role Model, and facilitates the Hunter Writers Centre Children’s Writing Group. She loves chocolate, but doesn’t like chocolate cake. She is left-handed but plays sport right-handed. She loves tea, but dislikes the smell of coffee. She loves cats, but now owns a puppy! Her website is www.katrinamckelvey.com.

Kirrili Lonergan is a children’s book illustrator and former paediatric nurse, whose illustrations display a profound understanding of the needs of children. She can be found enjoying good times with her husband and four children in Newcastle, Australia.

Kirkus Reviews US
“A small girl is horrified to find her dad has mowed all the dandelions, which are her favorite flower. Responding to her distress, Dad finds a patch near the house that escaped, and father and daughter blow the bits of fluff out in the world to parachute away. She imagines the dandelion seeds as they float past her yard’s roses, the poppies lining the street, and the sunflowers in the park. The pictures have a lyrical, summery quality, with Dad in his bare feet, the young narrator with floral dress, tumbled curls, and stripy leggings … But the weed common over much of the world is cherished by this child and no doubt many readers, from its golden head to its puffball state, and the illustrations convey that prettily, along with the easy grace between father and daughter. A sweet father-daughter duet. (Picture book. 4-8) ”

Schools Out Magazine (The West Australian), 2016
“I think young girls who love nature and their dads would enjoy this book.”

Perth West Australian, Schools Out, April 2016
“This book is about a yound girl who loves dandelions. She imagines all the magical places the dandelions go when they are blown on the wind. … I think girls who love nature and their dads would enjoy this book” – Gracie Tomlinson, aged 5

Jigsaw, February 2016
“The illustrations are soft, pastel colours which supports the message that nature needs to be nurtured.”

NC Teachers Stuff, January 2016
“Dandelions is a delightful tribute not only to the magic of imagination but also the love between parent and child.”

Batch of Books – A Book Blog, January 2016
“This is a sweet book about a girl and her father, connecting over something as simple as a dandelion seed.”

Hip Little One, December 2015
“this sweet story is decorated with wonderful watercolour illustrations that are a perfect fit for this magical theme. Young readers will love following the fluffy little parachutes as they travel across the pages and next time you spot a puff ball in your garden you can start a trip of your very own.”

The Independent UK, December 2015
Voted in the Top 10 in The Independent’s Best Picture Books for Children 2015
“Written by Katrina McKelvey and illustrated in watercolours by Kirrili Lonergan, this book also celebrates everyday life…”

Buzzwords, November 2015
“This is an uplifting story that takes us into the wondrous essence of Mother Nature, on the breath of hundreds of fluffy floating seeds.”

The Bottom Shelf, November 2015
“This is a most calming, peaceful story about enjoying being in the moment and taking time out to just be, imagine and wonder…Celebrating a most ordinary moment in daily life, it encourages the adult reader to take time to notice the small things that are big things to the children in our lives and rejoice in them. The beautiful, gentle water colours give the book so much of its charm and tranquility, giving life to the lyrical text through its beautiful design.”

Educating Young Children, November 2015
“What a delightful book. I must admit I had tears in my eyes as I finished this story…This seems to be Katrina McKelvey’s first picture book but she has nailed it!…The exquisite watercolour illustrations of father and daughter and dandelion puff balls in flight fill your imagination.”

Kids Book Review, October 2015
“The eye-catching watercolours in soft shades extend to full-page illustrations throughout Dandelions. Filled with light and joyful scenes, the entire book reflects a sense of serenity, freedom and love.”

The Daily Telegraph, October 2015
“a must-read bedtime book for a father and daughter”

Boomerang Books, October 2015
“Understated and as delicate as a dandelion in full flight, Dandelions is sure to fill the soft pastel and fairy predilections of many a young miss and make you want to seek out a puffball to set in a flight of fantasy of your own“

Mummy Project, October 2015
“a timely reminder of the importance of slowing down and spending time bonding with your children…features gorgeous watercolour scenes…It’s a delight to go through… and follow where the seeds have flown to”

Get Parenting, October 2015
“A celebration of the bond between a father and his daughter, Dandelions is also a joyful, floating flight into the simple pleasure of letting your imagination take you on a journey”

Creative Kids Tales, September 2015
“A wonderful story of forgiveness and understanding and that things must change in order to grow.” 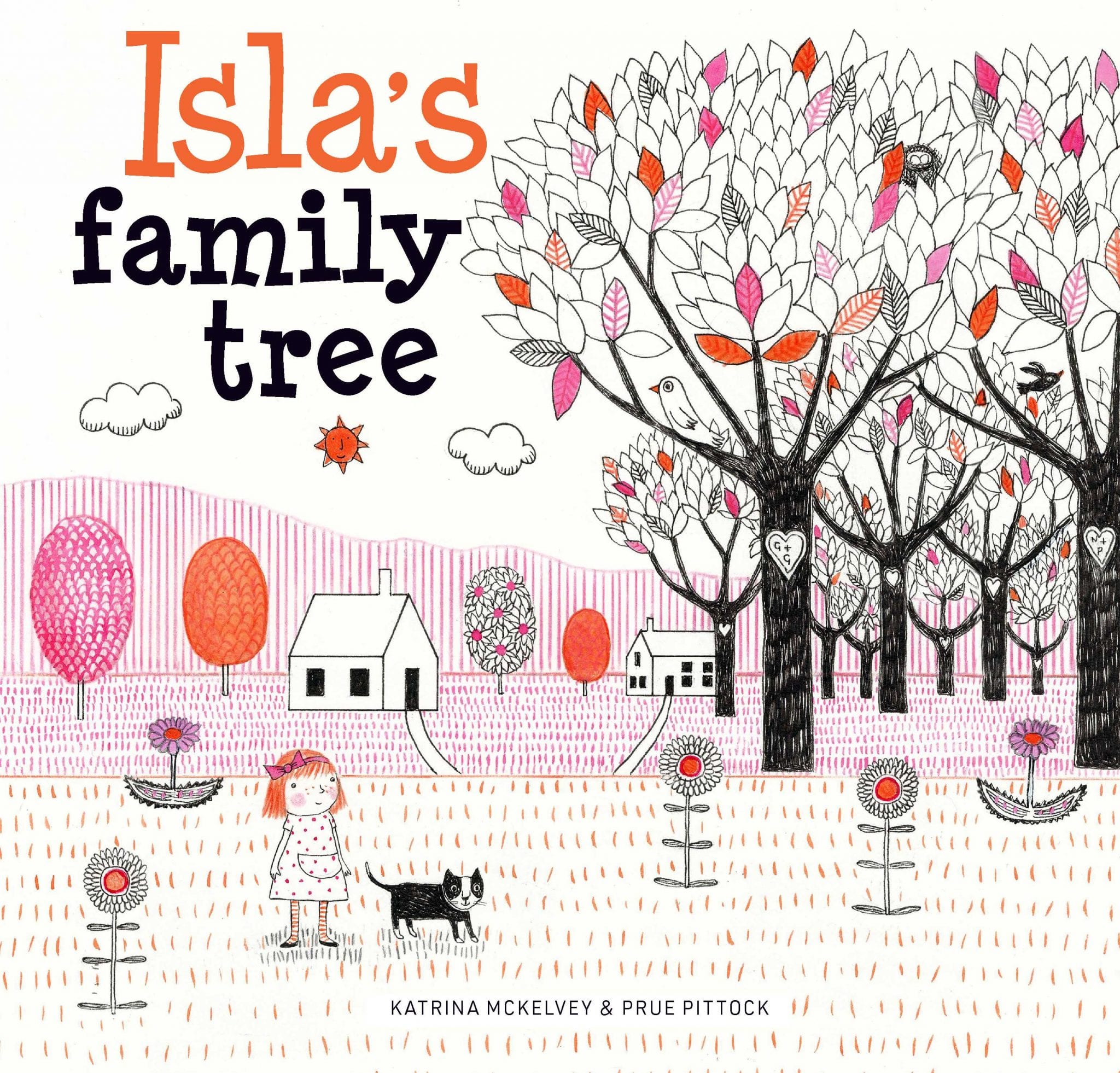 Isla isn’t happy that her family is changing, so her mother creates a clever family tree with Isla to teach her how families always grow. When her mother hands her two new leaves, Isla doesn’t think they belong. She tries to make them fit somewhere, but not on her branch. However, once she meets her new brothers, she has a change of heart and finds room for them after all. A fun book for any family trying to introduce new family members, or show children how they belong in their family. 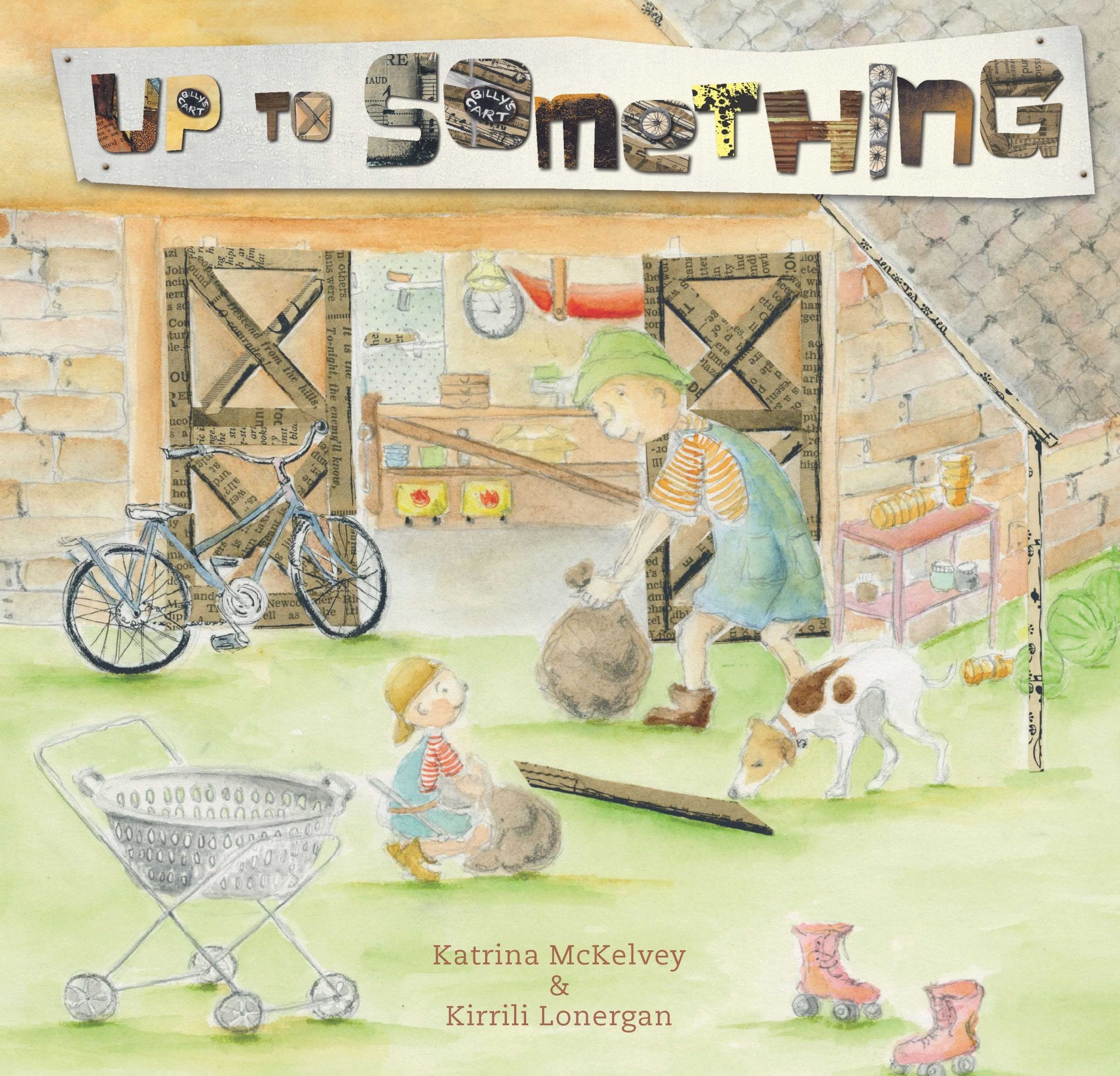 One day, Dad invites Billy into his shed to build something, but Billy soon finds out that he is only allowed to watch. As Dad becomes engrossed in his project, Billy takes Dad’s off-cuts and other items from around the yard and starts to copy what his Dad is building. When they reveal their creations, Dad discovers that Billy has more talents than his dad had ever imagined! Up to Something  explores the father–son relationship, and the satisfaction to be gained from making things ourselves. 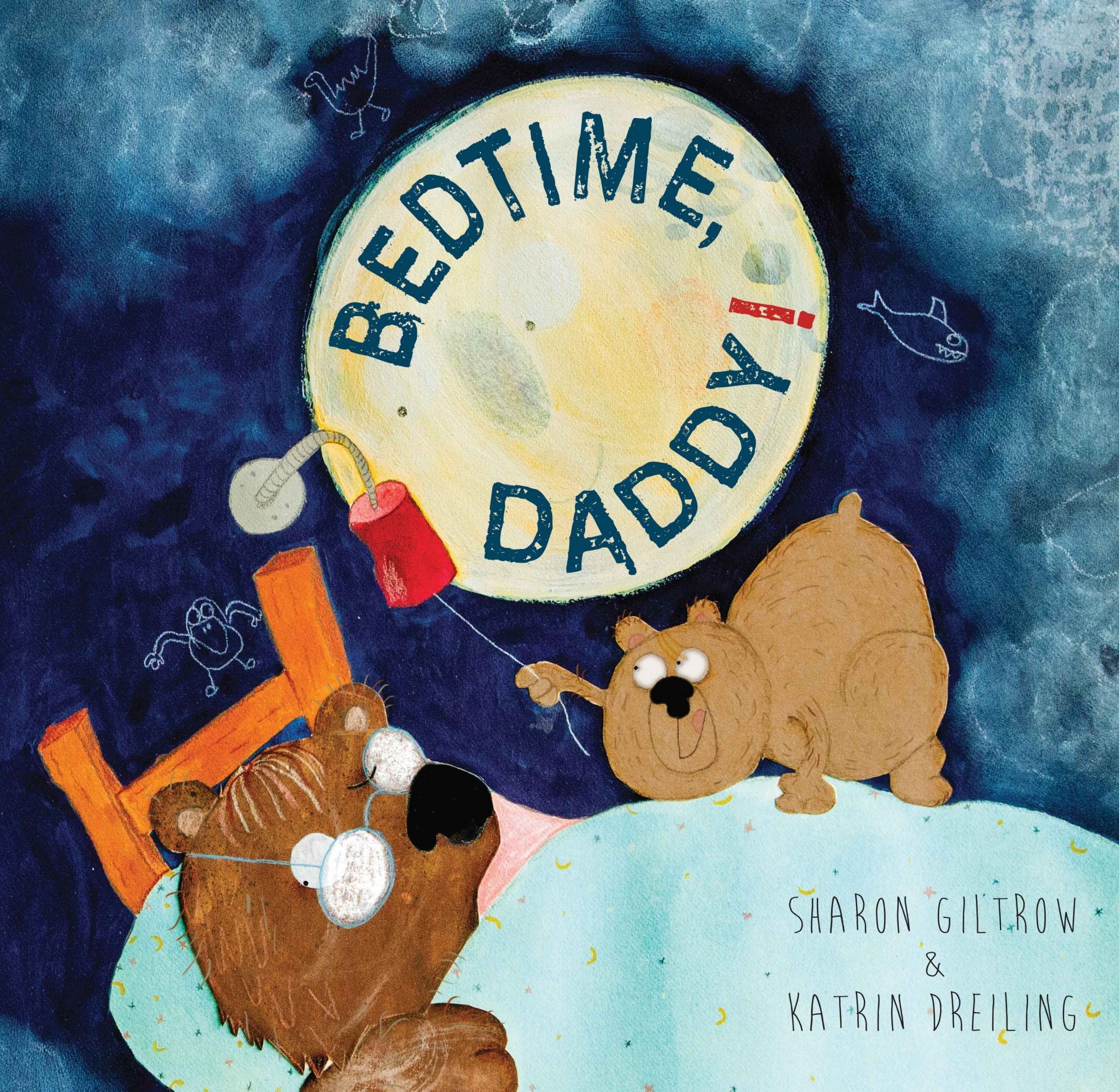 Putting Daddy to bed can be hard work. Especially when he starts crying!

This story will show you how to wrestle your daddy into his pyjamas and read just one more bedtime story. ‘I’m thirrrrrrrrssssssty,’ says Daddy. ‘I need to poop … I’m hungry … But I’ll miss you,’ he says, while he looks at you with cutie eyes. You’ll have to battle the bedtime excuses and use go-away monster spray until Daddy finally goes to sleep.

Bedtime can be a mission for many, but with these gorgeous illustrations of a little bear and his dad, this is the perfect role-reversal bedtime story to help put any fussy child to bed in a fun and positive way. Full of heart and humour, Bedtime, Daddy! is for anyone who wants to try and put a grown-up to bed.