This concise A–Z dictionary, now updated in a new edition, is a quick and easy reference to understanding the words and phrases that make New Zealand English unique. Language expert Max Cryer provides helpful definitions for the various entries, and also sheds light on their origins. Slang words feature heavily, while a key feature is the large number of Māori words that have become part of the language. Popular names of sports teams are included as well as an appendix of New Zealand acronyms

Max Cryer has been answering New Zealand radio listeners’ questions on English language for 22 years (Radio LIVE, Saturday nights). He holds an Honours degree in English Literature and Etymology, and his published books have three times been No. 1 on New Zealand’s non-fiction bestsellers list. His parallel career as a singer has taken him from Sadler’s Wells Opera in London, to cabaret appearances in Las Vegas and Hollywood, several tours of America, and host of six television series’ in New Zealand.

Afternoons with Jesse Mulligan –An Interview with Max Cryer 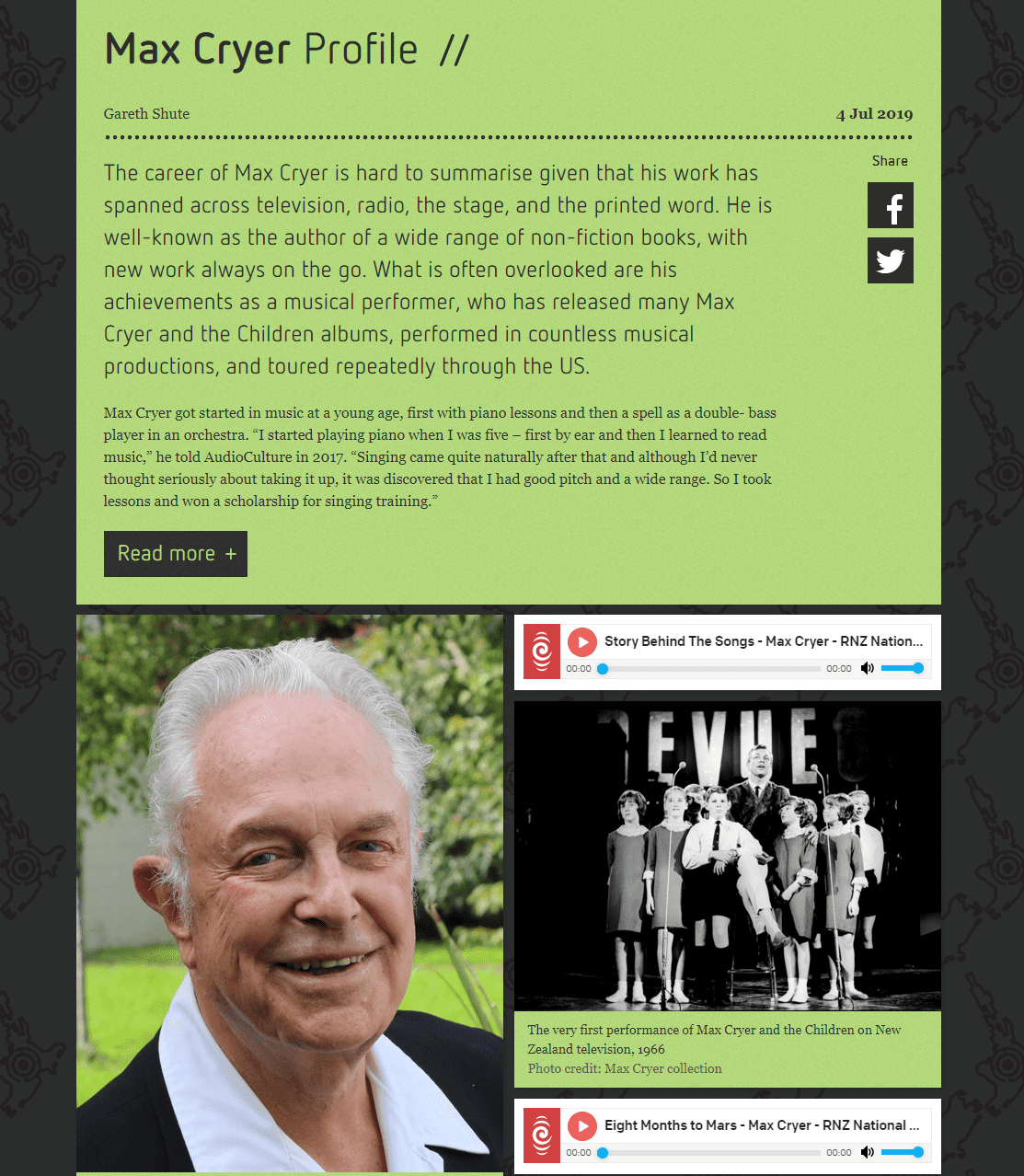