Croak is a collection of delightful quotes and gorgeous photographs celebrating the underappreciated beauty of frogs. Many of the stunning, colourful images were taken by author Phil Bishop on his travels around the world. They showcase frogs in their natural habitats, paired with quotes from famous faces such as Cameron Diaz and John Steinbeck. Simultaneously amusing and illuminating, this perfect coffee table book is a celebration of one of the most varied and vibrant species on earth.
To help continue Phil Bishop’s work with The Halliday-Bishop Conservation Library, a bibliographic archive of important conservation resources, click the link below to donate to the ASG 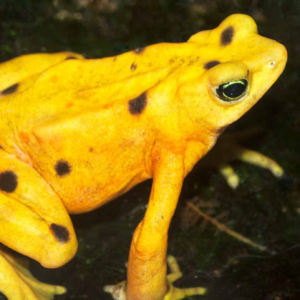 The Beauty of Frogs

As amphibians, frogs are part of the most threatened group of land animals. They come in every shape and form, from round blobs to leaf-like mimics; they live on every continent in the world except for Antarctica; and they have a huge variety of lifestyles and reproductive modes, from giving birth to live young and carrying babies around on their backs to living their entire lives in deep caves underground! 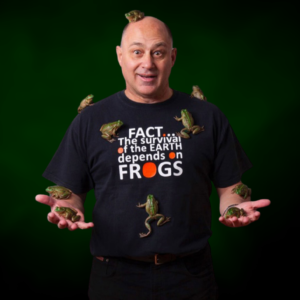 Professor Phil Bishop was born and brought up in Devon, UK, where his keen interest in amphibians began. What followed was a lifetime of achievements in conservation and in highlighting the ground-breaking importance of the humble frog. Phil’s passing early in 2021 is a loss keenly felt by the international scientific community. Croak now serves as a tribute to a life spent at the forefront of conservation as he sought to deepen our understanding of these vitally important creatures. 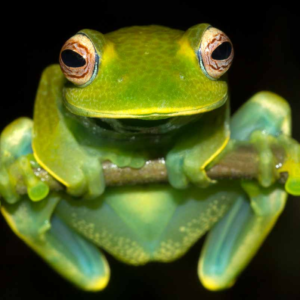 Each beautiful photograph is paired with quotes from famous faces such as Cameron Diaz and John Steinbeck. Simultaneously amusing and illuminating, this is the perfect coffee table book to be dipped into occasionally, or to be read all at once by budding frogaficionados. So if you’re interested in what frogs were up to 65 million years ago, or how they are related to 10% of all Nobel prizes, pick up Croak and find out all about these wonderful creatures.

Phil Bishop was born and brought up in Devon, UK, where his keen interest in amphibians began. What followed was a lifetime of achievements in conservation and in highlighting the ground-breaking importance of the humble frog.

Searching for more species of amphibian, Phil travelled the world to places including South Africa, where he discovered and named a new species of frog, Arthroleptella ngongoniensis. Phil’s extensive experience in the study of frogs inspired him to compile the collection of frog-related quotes that is Croak.

Phil was a Professor of Zoology at the University of Otago, the Co-Chair of the IUCN Species Survival Commission Amphibian Specialist Group, and the Chief Scientist of the Amphibian Survival Alliance. In these positions, he helped to coordinate international amphibian conservation in response to the global Amphibian Conservation Action Plan. His team of students and post-docs (and often sabbatical visitors) mainly concentrated on the conservation of New Zealand frogs as they are some of the least well known frogs in the World, even within New Zealand. His lab group worked on improving methods for frog translocations, discovering new and interesting aspects of basic frog biology, amphibian diseases, monitoring endangered frog populations, and improving environmental education.

Phil has been widely published, with three previous books about frogs, several book chapters, and over 100 ground-breaking scientific papers. He was an editor of FrogLog, the world’s most popular online amphibian conservation magazine. Phil won many awards for his teaching and conservation efforts, including the University of Otago Lifetime Achievement Award 2018 and the National Conservationist of the Year Award 2018 by Auckland Zoological Park Recognising Excellence.

Phil’s passing early in 2021 is a loss keenly felt by the international scientific community. This book now serves as a tribute to a life spent at the forefront of conservation as he sought to deepen our understanding of these vitally important creatures.

“A celebration of amphibians both in photographs … and in a frog chorus of famous names saluting these endearingly photographic but endangered creatures .” Click here to read

Wild Ozark
“It is the most delightful book I’ve ever seen about frogs… With the spectacular photography and thought-provoking quotes with each photo, it will delight young and old, or in-between, alike.” Click here to read in full

Friends of The Gardens Magazine (Royal Botanic Gardens Sydney
“Shines a colourful spotlight on our amphibian friends with beautiful photographs paired with quotes … along with plenty of query facts.” Click here to read

Telegram-Gazette
“Even if you’re not yet a frog lover, you may be delightfully surprised by their varied colors, shapes, and sizes.” Click here to read in full

“quite the visual feast. Seeing all these pictures reminds me that not all frogs are green; the colour variation between the various species is just staggering.” Click here for the full review

Reading Croak: A Book of Fun for Frog Lovers and Remembering Phil Bishop

“this book is the perfect introduction to the world of frogs.” 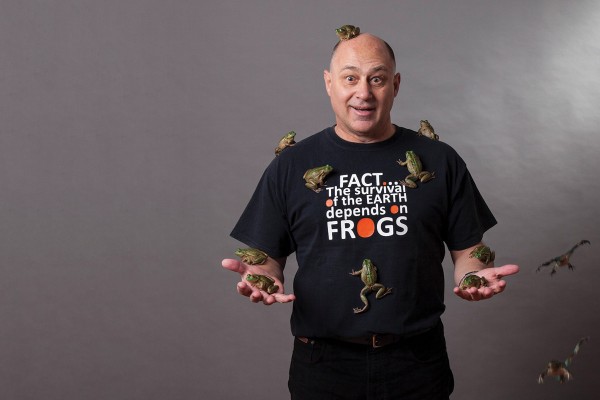 Let’s Find Out (Victorian Sconce Teacher’s Magazine)
“this book is the perfect introduction to the world of frogs.”

The Australian
“insightful musings on the environment by the likes of David Attenborough, Jean-Michel Cousteau, Jane Goodall (who twice visited NZ as a guest of Bishop’s) and Tim Flannery provide thoughtful sustenance.” Click here for the full review. 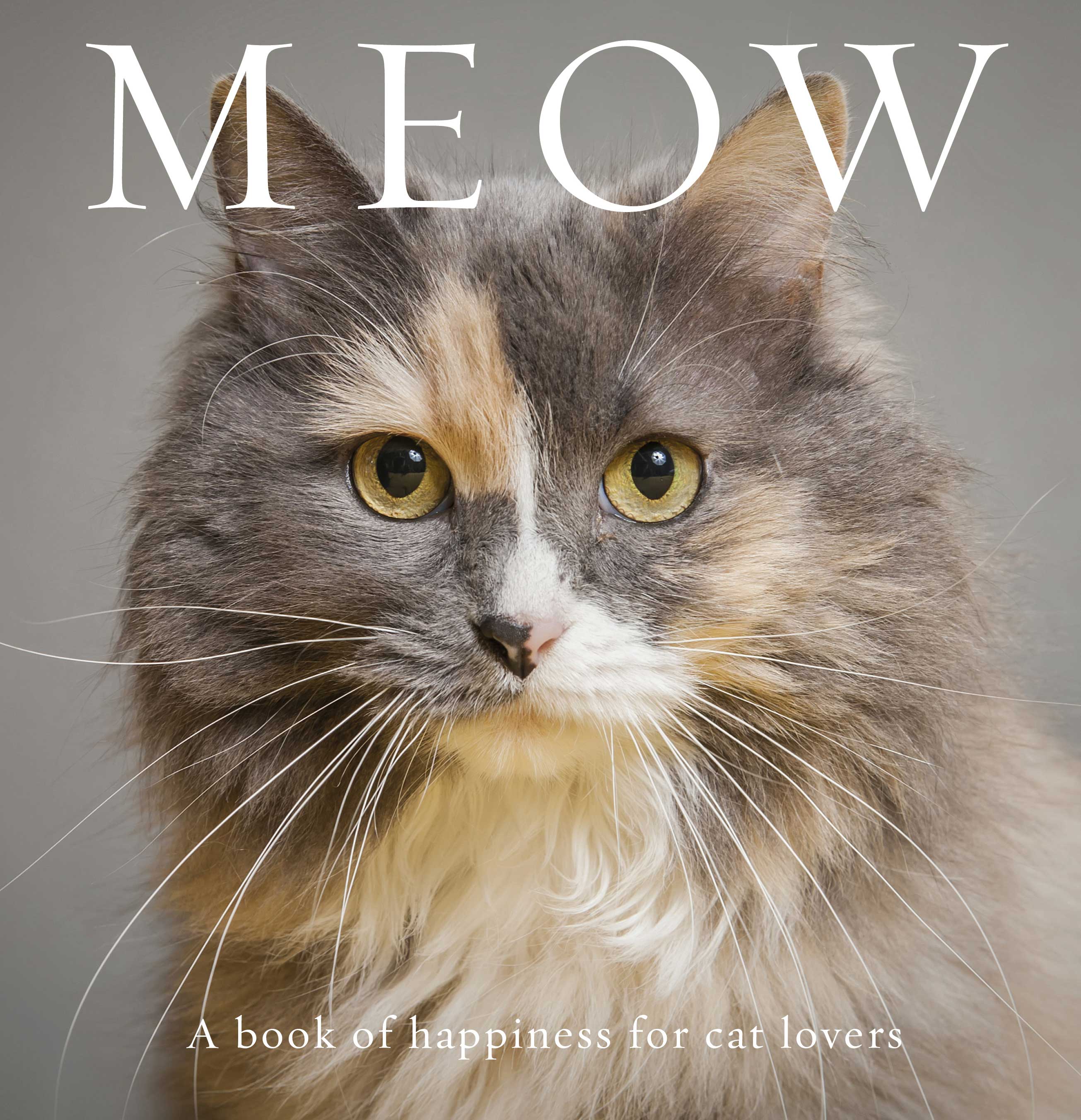 A Book of Happiness for Cat Lovers

No cat lover can imagine life without a feline presence. Meow: A book of happiness for cat lovers is a compendium of delightful quotes that capture the essence of this fascination. Some are by famous people (Mark Twain, Jean Cocteau, Ernest Hemingway) and others are philosophical, or light-hearted — all are memorable. Accompanied by beautiful and heart-warming photography, and now reissued in a high-quality hardback gift format, this is a collection to truly treasure. 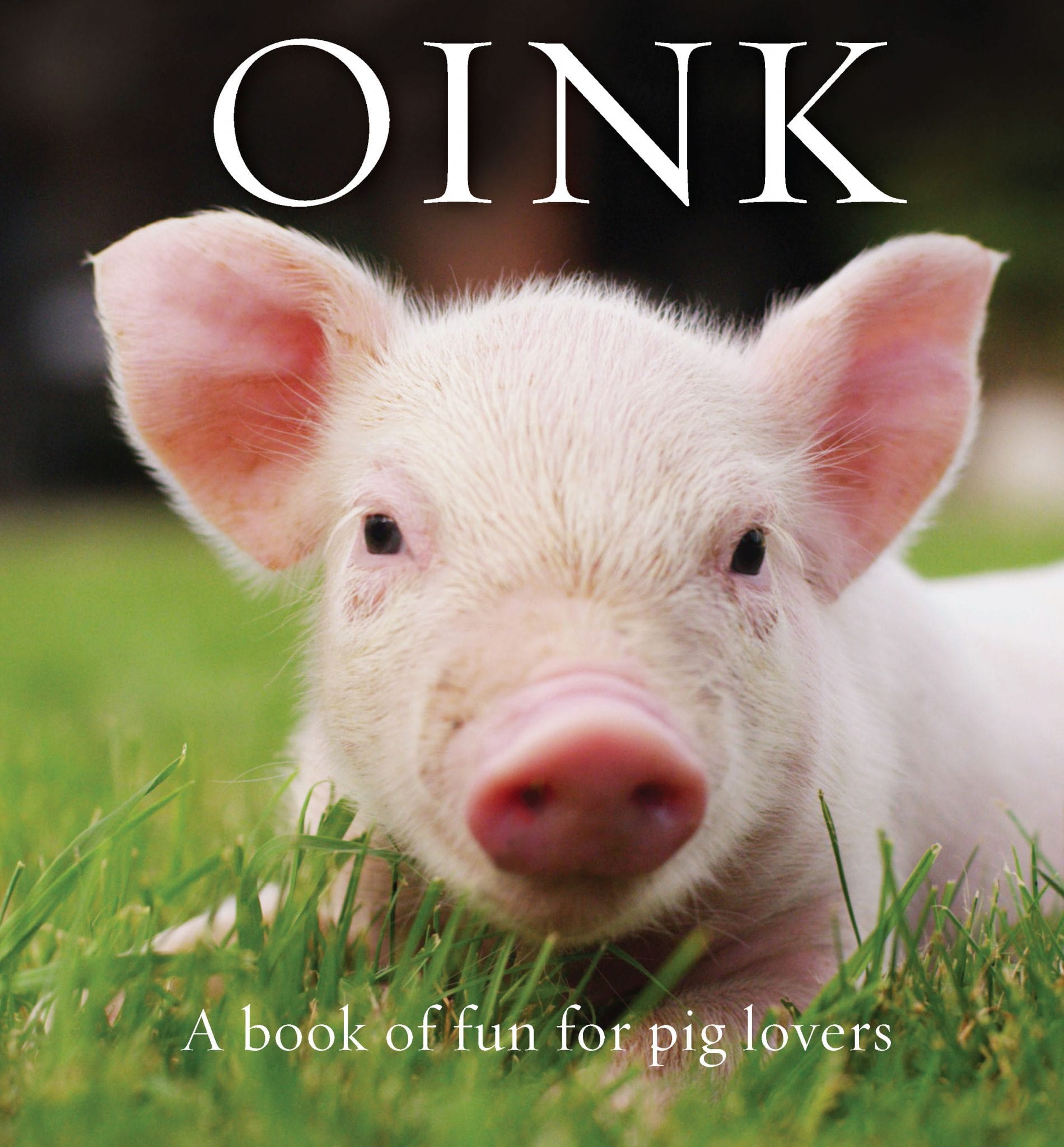 A Book of Fun for Pig Lovers

“Dogs look up to us. Cats look down on us. Pigs treat us as equals” – Winston Churchill

Discover the delightful characteristics that make pigs so endearing. For pigs are smart, clean, and incredibly communicative, social animals.

Oink is celebration of these wonderful creatures and the perfect gift for anyone who has ever fallen under a pig’s spell! Featuring memorable quotes from people such as Winston Churchill, George Bernard Shaw, John Howard, Shelley Duvall, George Clooney and A.A. Milne, each accompanied by a beautiful photograph, this is a book that’s guaranteed to make you smile.

As seen in the 2019 Good Reading Magazine Christmas Gift Guide!

“The perfect a celebration of these wonderful creatures” 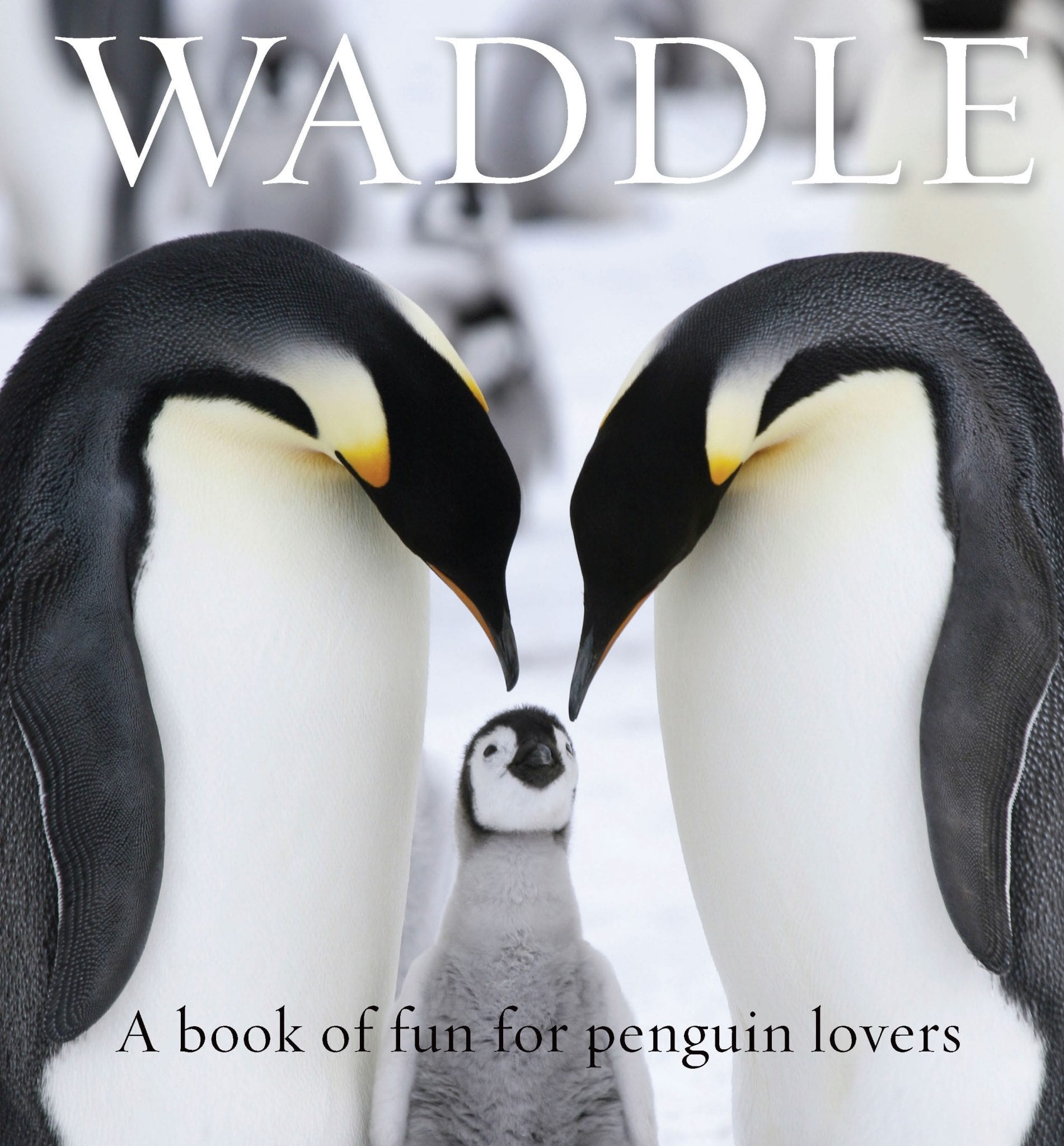 A Book of Fun for Penguin Lovers

Penguins. We love them. Seemingly upright caricatures of us, it is easy to bond with these black and white ‘little people’. They have become perennial favourites of cartoonists, because they are fun. They make us laugh. Waddle is a compendium of delightful quotes and gorgeous photographs that capture the essence of this amusement. Its intention is to put a grin on your face and a warm feeling in your heart — all thanks to these endearing creatures that don’t just walk, but waddle.