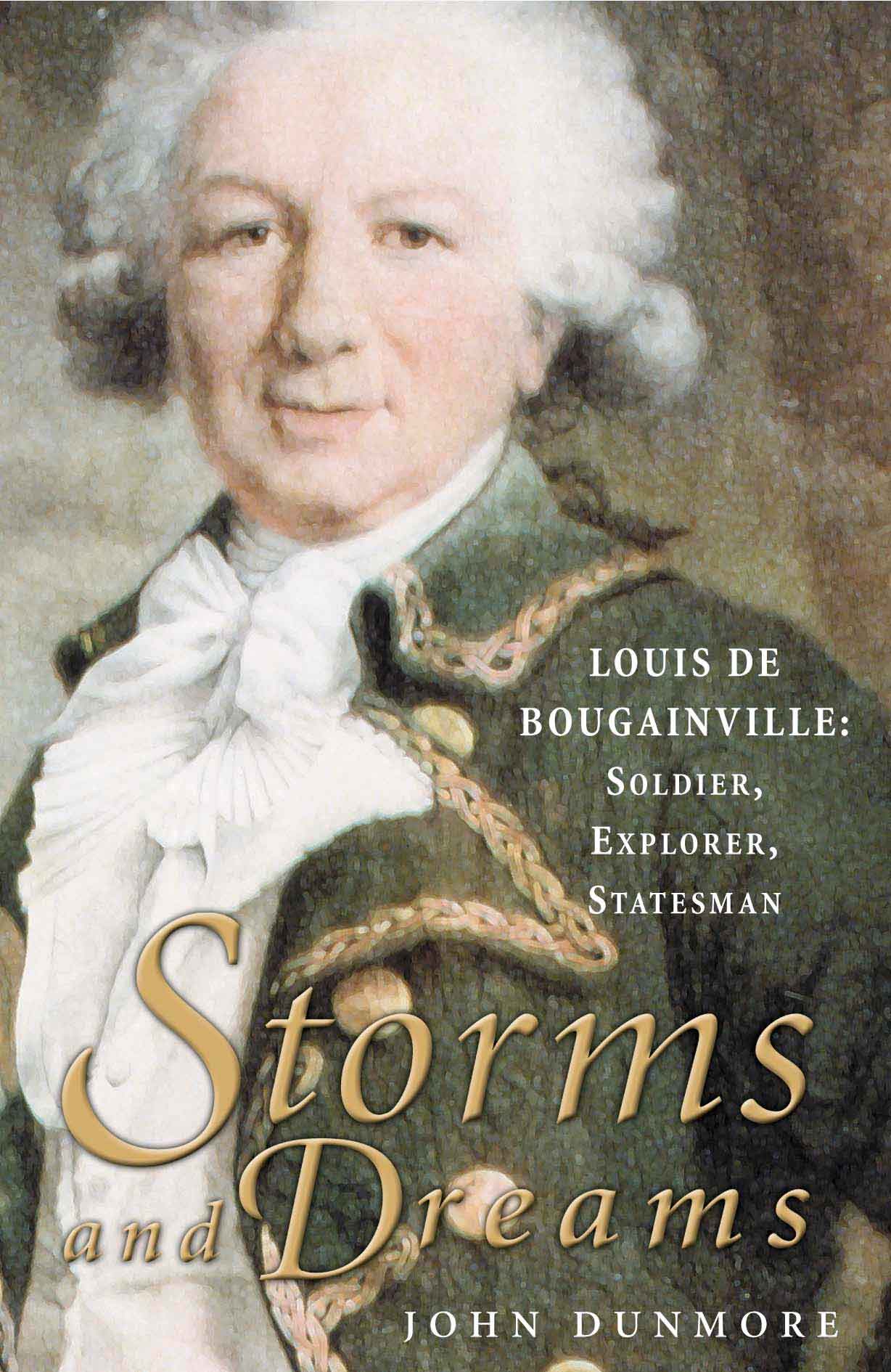 Witty, charming, and fiercely intelligent, Louis-Antoine Comte de Bougainville (1729–1811) managed, in the course of a long life, to play a part in nearly every facet of eighteenth-century life and culture. Storms and Dreams is a lively, authoritative recounting of Bougainville’s adventures and achievements, which ranged from seamanship and soldiering to mathematics and navigation. Dunmore follows Bougainville from the French and Indian War, during which he commanded a unit in the defence of Quebec City, to his circumnavigation of the globe in 1766. During that trip, he became one of the first Westerners to visit Tahiti; on his return, he published a book about the island that contributed greatly to Tahiti’s lasting reputation as a paradise of noble savages. In his last years, Bougainville served in the senate under Napoleon and was made a member of the Legion of Honour.

The first biography of Bougainville in English, Storms and Dreams opens a window to a remarkable eighteenth-century life—and to the greater world of the Enlightenment.